“I don’t know of anybody who wants to feel like they’re living a spartan life. You want to participate in your life and you don’t want where you live to be a place that limits that,” Dee Williams told About Face Magazine.

After living in an 84-square foot tiny house on wheels for more than ten years, Dee is well-practiced at answering questions about how much home is “enough.” Her memoir, The Big Tiny, released last year on Blue Rider Press, tells the full story of how one becomes a tiny home owner, educator to fellow DIY tiny house builders, and inspiration to those trying to live mindfully in a hectic, big-space, big-stuff world.

As the popularity of tiny homes on wheels has increased, so has Dee’s reach out of the world of little houses and into the minds and hearts of those who are trying to, as Dee often says, “blaze their own trail.” After firing up unconventional entrepreneurs at Chris Guillebeau’s perennially sold out World Domination Summit and inspiring the attendees of the west coast’s biggest homebuilding show to think differently, Dee is excited to share her message about the power of personal change at the Build Small Live Large Summit. 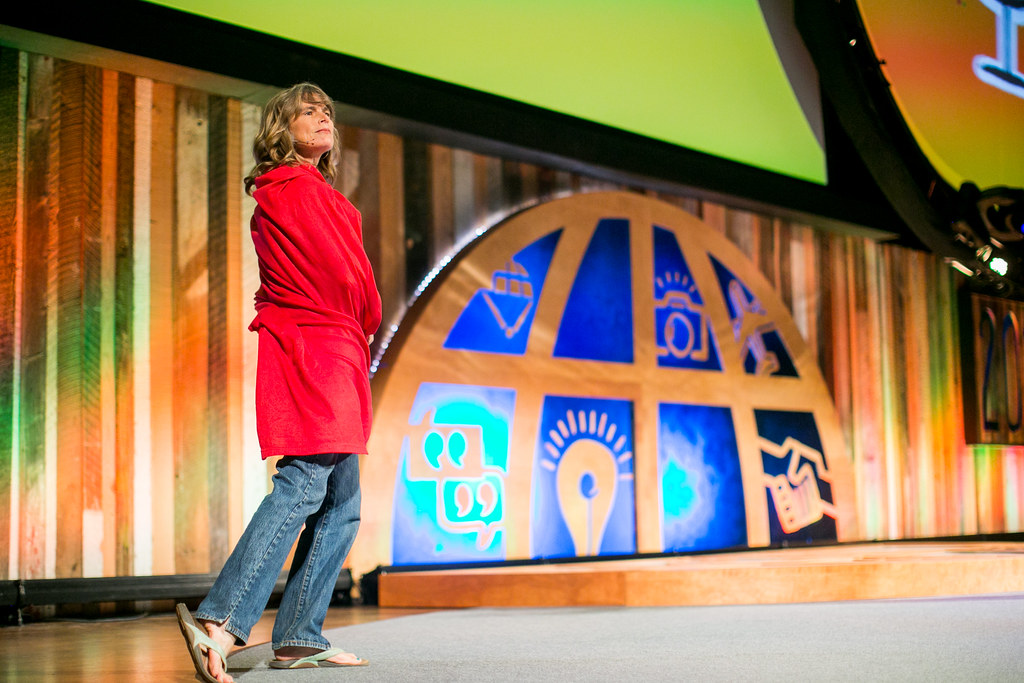 In this excerpt from The Big Tiny, Dee shares her first encounter with tiny houses on wheels. At the time, she owned a normal-sized bungalow in Portland, Oregon, but she felt an immediate curiosity about how different her life might be without it:

“I came across an article about a guy who’d built a tiny house on wheels, a house smaller than my garage, smaller than a parking spot. It looked like a cabin that would be used in a commercial for pancake batter, or in a painting titled A Simpler Time.

The article indicated that the owner had built the house himself, a fact that caused me to pull the magazine closer so I could examine the guy’s arms. To my surprise, they didn’t appear to be overly manly or even any stronger than my own. The article went on to explain that he had built the little house and then moved it to a spot behind his bigger, 1,200-square-foot house, tucking it near a low fence and scrub oak tree.

I was curious about Tiny House Man. Apparently, he rented out the big house and lived “for free” in the backyard, while his renters paid the mortgage and utilities. No bills. No overwhelming debt. A house the size of a Tic Tac to clean…

What if I sold my big house with its rats in the front yard, the mortgage, the hours of dusting, mopping, cleaning, vacuuming, painting, grass cutting and yard pruning? How would it feel to live so light?”

Dee Williams shows aspiring tiny home builders the layout of her house – on a bed sheet.

In the course of living lightly for over a decade, Dee has had plenty of opportunities to share her adventure with others. She founded Portland Alternative Dwellings (PAD Tiny Houses) to help DIY tiny house builders create homes that support the lives they want to live, and PAD has become the go-to hub for those building tiny and looking to live their life with less debt and more fun. Visit PAD Tiny Houses to read more excerpts from The Big Tiny, see video and photo tours of Dee’s little house, or get expert assistance in building a tiny house on wheels. Visit Dee’s Speaker Bio to learn more about what she’s speaking on at Build Small Live Large 2015.